PAR – (n/v) the score greedy golfers aspire to make or break on every hole.
Often sought but hardly attained. 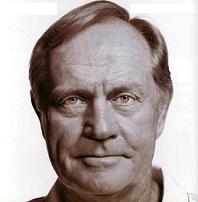 Goldilox Nicklaus
"Par was my bitch. I broke her religiously, not just on Sundays."

EX: Unlike chops, for skilled golfers scoring par on a consistent basis  is a legitimate goal. 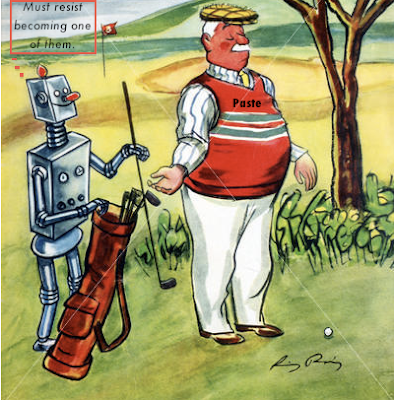 EX: I got one of the worst loops of the day, Jennings' plus 3 pastes on two carts, f-ing stiffs!


PC – (adj) something that falls short of acceptable, mediocre and hackneyed.  Commonly golf related.
It derives from the space eating masses who overcrowd public courses.  Morons purchasing the “hot” new golf equipment at bloated retail prices.  Those who watch the The Golf Channel® religiously and believe its programming to be hip and entertaining. 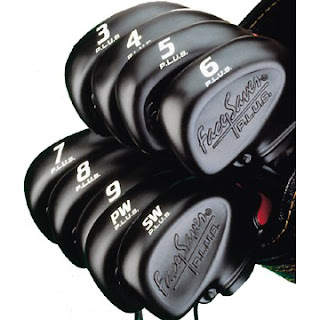 EX: Did you see that PC with the iron covers unveil his chop swing on the first tee box?  I thought he was having a stroke!


PC OUTING  – (n) an annual golf outing where loopers and friends unite, generally held at the local muni-course, it's a spectacular day of scrambalized golfing fun and leisure.
Who gives a sh*t what you play like the rest of the year! What matters is what kind of game you bring on the day of the PC. 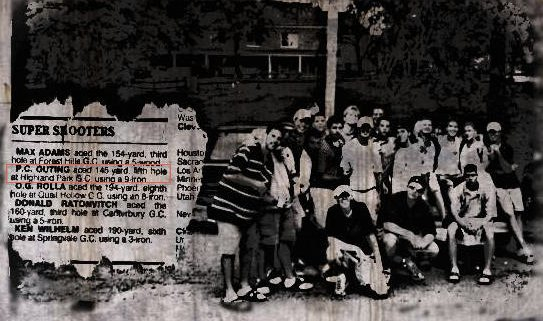 EX: Caddie day is for suckers, on the day of the PC Outing, you will know what true golfing bliss and freedom are all about.

PENALTY STROKE – (n) a stroke added to a player's score for the breach of a rule.
It is very rare to not find them surrounded by expletives, temper tantrums, foaming at the mouth, life or death ultimatums, red-face burn sessions, humans morphing into creatures, and loopers loosing their day's pay.

PERMA-GEEKED – (adj.) refers to folks who have stoned themselves forever.
This isn’t as uncommon as it may seem.  Take a look around you, chances are high (no pun intended) one of you friends or family members has forever altered their brains with mind altering substances. 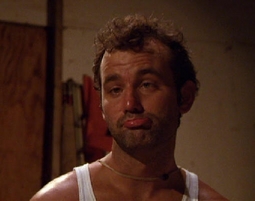 EX: It is futile to tell your perma-geeked caddie your name or what number and brand of ball you are playing with.

If a kid is bratty and annoying... there's the snap, the kick is up, it's good, right through the uprights!

EX: Crying place kicks on a plane can only be neutralized by noise canceling headphones.

PHANTOM LOOP – (n) the loop assigned that never happens.
You can wait all day for this round to start.  Know the caddiemaster will say everything and anything to keep you waiting.  A phantom loop means the players are not running late, they didn’t just call, they're not planning on playing, they haven't shown up anywhere, and you’re gonna get hung out to dry.  These fantasy jobs have wasted countless days in fruitless peril.
If you detect phantom loopage, demand a new job unless someone is willing to sign an affidavit. 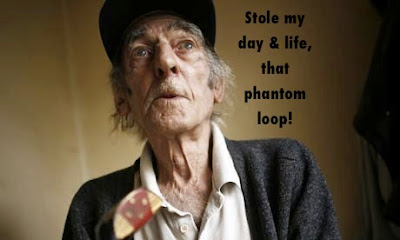 
PHANTOM STRAP -(n) trick played on fellow caddies where one rigs a golf strap to break after the bag has been picked up and is being carried.
Done by hanging a single strap to a guest tag as opposed to the golf bag's metal ring.  Then it is simply a matter of time until the guest tag ring gives way and clubs heads sail toward the ground. EX: The phantom strap busted right as he was walking over the concrete cart path.


PRESHOT ROUTINE  – (n) the habitual custom golfers perform before executing their shot, they help when the pressure is on.
Golfers have these ingrained, chops do not.  If it lasts more than five seconds it is too long.
One slow warm up swing, a visualization, step up and make your stance, a waggle, a target glance, pull the trigger. 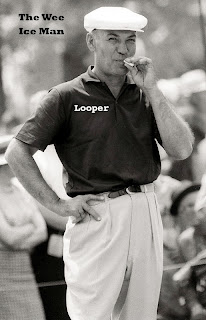 
PRO – (interj) someone too involved in a certain thing to objectively see how dorky they are acting.
Used to call someone out for acting nerdy or overzealous. 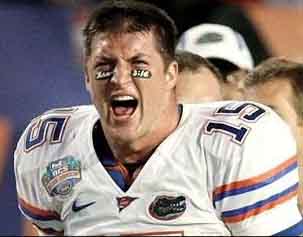 EX: Oh pro! There's no need to wear eye black during night games much less converting your face into a scripture passage billboard. 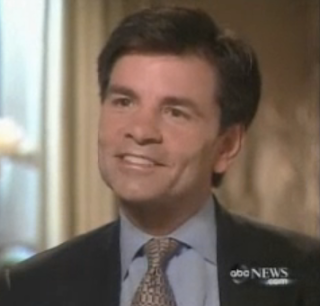 EX: That phony pro-doe looked me dead in the eye and acted like we never met.

PROVISIONAL – (n) a second ball played after the original shot threatens being lost or out of play.
It is a great way for the sly struggling player to get a free practice shot - allowing them to throw an experimental swing thought into the mix without scoring repercussions.
Equipment companies have played a sick joke on golfers calling the most popular golf balls in the game Pro-V1 and Pro-V2.  What's next?  A Titleist OB-1 Black.  Have you ever hit a red Nike Shank-B4? 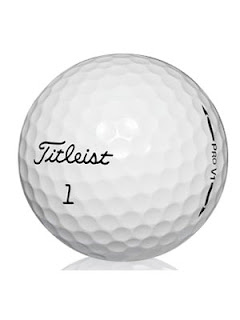 EX: Hang on, I gotta hit a provisional, this is a number 1 black Pro-V1.

PULL – (n/v) for a right-hander, a shot hit straight but to the left of the target. The inverse for a left handed golfer.
It is also referred to as a yank job, tug, or jerk.  Needless to say, men who suffer from a lack of control do this more than others.

PURE ICE - (interj) delineating something awesome or extraordinary.
This phrase is saved for things the upper echelon of life.  Only the best can suffice.

EX: Dude, I found out the girl I am dating, her family is the distributor of Anheuser-Busch® for all of Southern California, pure ice!

PUTTING GREEN – (n) includes all the ground surrounding the hole specially prepared for putting.
Like glass it can be one of the most beautiful yet dangerous surfaces a looper can walk on. Stay as illiterate as possible reading these things, this will save you more grief over the longterm than it could ever earn you in short-term slippage. 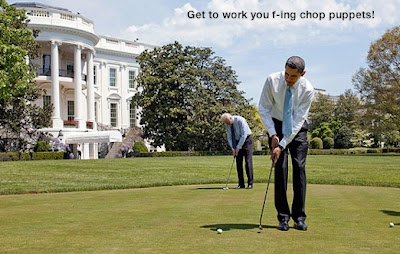 EX: On the putting green is where victory or defeat is usually decided. 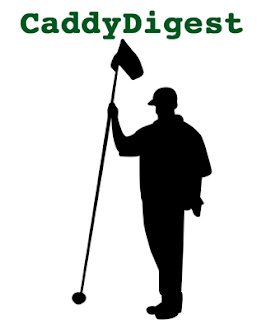