(The following is an email correspondence to fellow Loopers back in Cleveland, Ohio) 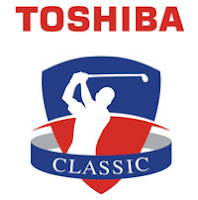 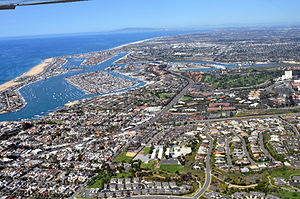 Image via Wikipedia
OK, so I just got done caddying for Ron Streck on the Champions Tour in the Toshiba Classic in Newport Beach.
He shot 72-71-73 (three over on a par 71, so he tied for 56th place).

I originally went to this thing to caddie only for the 2 days of the Pro-Am.

Image via Wikipedia
This tournament job basically fell into my lap since Mr. Streck was looking for a young local caddy to take his bag (2011 note -> Streck was probably opposed to taking one of the many toothless Bel Air caddies that bussed down from Los Angeles).I was pumped to be behind the ropes for the event and I figured it be a great break from the monotony of my
everyday loopage (at Big Canyon Country Club in Newport Beach).
OK, so the 2 pro-am days go well and Mr. Streck seems like a good guy.
He doesn't ask me all that much for advice on green reads and that was fine
by me cause the  local California grass (called Poana) gives a lot ofpeople fits trying to read it, including him and myself.


He was a really good ball striker, his putter had been, and would continueto screw him though.


Tournament Time
Friday, the first of the three rounds, he shoots a 38 (+3) on the front.He did a good job making birdie on the two par 5's on the back and we shoot
72 (+1 on the day).  He  surprisingly wants my opinions on almost every puttoutside of gimmie range and I helped club him a lot too.
It was a great day and I had a lot of fun.

Saturday comes around, he proceeds to hit numerous greens and gets 10 to14 looks for birdie within 20 feet or less.  The guy makes 18 freaking pars!


He hits a great shot on the 1st hole to 10 feet, misses the putt low side, and I'm  thinking here we go again.


For the following six holes he hits great shots and has no birdie putt longer than 20 feet, many as close as 10 feet.  NOTHING...


So he cooks a terrible shot on the par three 8th hole and makes a boogie.


We make the turn +1 for the day and +2 for the tournament overall.


On the 10th hole he hits his drive into the fairway bunker, proceeds to hit a 4 iron out of the bunker from 177 yards into a stiff breeze to like 6 feet  (awesome shot!).  Misses the putt low and now it's hard to watch. 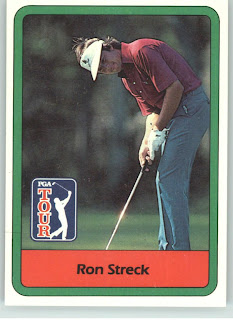 On 14, he hits it about the same length from the hole, like seven feet (he proceeds to make the usual crappy, wrist-tee stroke that leaves him off the edge and with another par).


Seriously he could be shooting 63!


Anyone who's ever taken a part in the PC OUTING could have made a fewbirdie putts with the way this guy hit it, it was all mental, he found away to miss every birdie opp.OK SO HERE IS WHERE THE STORY GETS INTERESTING:THE 15th HOLE, a 492 yard par five, which normally plays into a breeze,was playing down wind right to left a hair.


He rocked his drive to 186 center 196 pin.  He blocks a 5 iron onto thelower right portion of the green while the pin is on the upper teer in theback left.  I'm  thinking, all he needs is a good lag putt and the humpwill get off our backs finally.  He had a 45 footer over a ridge movingright to left.  He leaves it 9 feet shy (I'm thinking he is screwed andthree putt bound).


He asks my advice, I claim it looks like a right to left rainbow speed putt, it isn't.  It was like right center, he misses it just off the right edge and makes a three putt par.  He turns away from the hole after tapping it in and mutters to me this EXACTLY:

"Do me a favor, don't read my putts anymore, you can't read shit, I should have fired you on Friday."

- Ron Streck, 2005 Toshiba Classic
DING, DING, DINGLADIES AND GENTLEMEN, IN THIS CORNER WEIGHING IN AT 168 LBS. AND STANDING5'9 ---> HANK ANDERSON!I almost left the course right there.  I was filled with such shock as towhat he said, anger at his betrayel of me and his smug little wait till thelast second to tell me what he really thinks attitude.  I couldn't look athim on the tee, I couldn't bear to and I was busy thinking of the best wayto handle it.


I figured not to say another word to him and let him finishthe round, get my money, and be thankful I don't have to work for him, Icouldn't believe this wolf in sheeps clothing.He drove it down the center of 16, I walk right ahead of his ass, get tohis ball and stand guard.  He then comes up saying "I'm sorry I said that,I just wanted someone to take it out on", etc.  Then he gives me thischeesy little we're still buddies type smirk and routine (obviouslysomewhat remorseful but smug none the less).


I don't budge nor look in his direction.


He says sorry again in some other fashion and I state "that's fine, let's just  finish these 3 holes hitting it close, practicing for when your putting it well".So good, he shuts up and proceeds to fan the shot right into the bunker.
Makes a nice sand blast to 5 feet or so, I give him his putter, wash hisball, and walk the bag toward the following tee.  Let him do his ownreading of the putt, and of course he painfully misses for boogie.I roll to the next tee, and I wait for a little bit.  He and the rest of the group come off the green as he bangs his putter against a power box in disgust, meanwhile I'm just keeping my cool, feeling like shit inside.He hits a nice shot on the 17th to 10 feet and doesn't play his putt highenough, another par.

OK, SO ANOTHER GREAT PART IS COMING UP:He signs his card and we are on our way to his car.  I say  goodbye to hiswife telling her it was nice meeting her and good luck, real classy-like.
He says he is going to cash a check and for me to take his keys and wait by the car in the lot.  After a short minute he makes his way to me and gives me $600 for five full days of work.


He asks me for my cell number and my last name... basically trying to play it off as if he'll call me down  the line to work for him again.  I humor his ass and tell him it... "Anderson, 216-632-yada-yada".
He again apologizes, saying "that's as mad as you'll see me on the course".He still wants me to forgive him and I can see it in his eyes.  He says"come on into the clubhouse and have lunch,  take that caddie badge off, andI'll pass you off as my cousin" (with this stupid little please forgive mesquint of his on his face).


I shake my head no, he pleads again,  I say no and start to move as he looks to give me a handshake, I turn around and walk away.I head back to the closest food court stand to give anyone my free $15lunch ticket vouchers, I see a nice couple in line and I give them a freelunch.  Now I just want the hell off that course.  I turn around and make
my way back toward the parking lot again (fully aware I might see Streck'sass again).  Sure enough he's walking toward me saying "Jimmy, you got thecar keys?" with his hand in the air.


He was right, I forgot to give him the car keys before I turned on his ass, so I fished them out of my right pocket and lightly tossed them short of his feet when we were passing each other.  As he groveled I heard him mumbling something like "you little shit...".

I wasn't going near him, I'm just happy I had the presence of mind to disrespect his ass with that short toss of his keys :-)I still feel a little shaken from it all but I figured you guys would lovethat tale.  In my 12 years carrying golf bags, I never once did not shakesomeones hand at the end of a round.


That was some cold shit he muttered to me on 15, when I was truly his one and only fan out there.NO WONDER HE HAD 2 DIFFERENT PUTTERS AND WAS UNCERTAIN ON WHICH TO USETHE ENTIRE WEEK.


NO WONDER HE DIDN'T HAVE A REGULAR TOUR CADDIE. 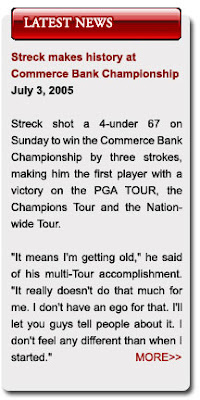 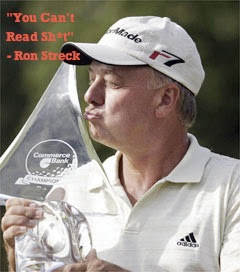 
Mr. Streck finished top 25 in eight of the twenty-two events he competed in, grossing more than $467,000 in prize money for the year! 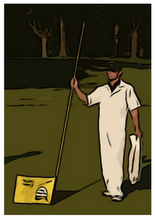 Hank would move from southern California, mid-summer of 2005, to work in Madrid, Spain as a "financial" broker.  Shortly thereafter, he would find himself working amongst numerous con-men in a boiler room run by young Irish mafia.  He would quit in 3 days time, drink and spend away his caddy savings on overpriced euro hotels and sublets waiting for the next available flight back to Ohio and his inevitable return to the yard from whist he came.


By August 2005, Hank was looping back where he started from, even par.