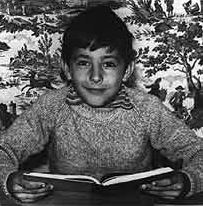 Seve Ballesteros – began looping at the Real Club de Pedreña, age 7.  His father also caddied part time to make ends meet.  As a child Seve's brother Manual gifted him a 3 iron which Seve would use when sneaking on the golf course at night and practicing on the beach.  Such were the beginnings of one the greatest short games the world has ever seen.  A five-time major championship winner, Seve's golf and life legacy shall live onward.