GARBAGE - (n/adj) a lucky shot which somehow works out, a substandard golf shot or performance.


Every human has times when they don’t perform as well as they would like.  This is an easy way of pinpointing such moments. 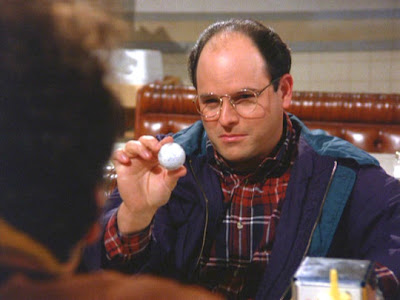 EX: A choke artist customarily saves their highest-grade garbage golf shots for when their performance is depended upon most.

GEEKED - (n/v) weed, to smoke weed.
Moderation is key for these days one puff is enough, especially in California. 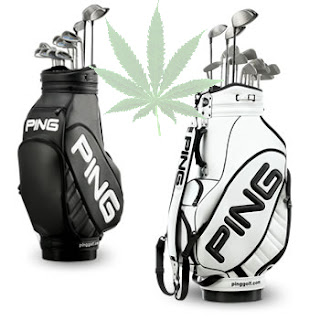 EX: Some players appreciate it when a caddie gets ‘em geeked.

GET OUT OF JAIL FREE BALL – (n) an exact brand and numbered golf ball slyly introduced to avoid penalty strokes.
A high-risk reward con usually executed by loopers for the benefit of themselves and perhaps their player.
High Risk - get caught, you probably lose your job.


High Reward - you get to stop looking aimlessly for that chops golf ball, no penalty strokes. 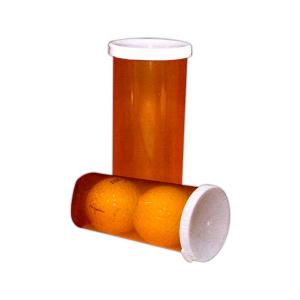 EX: Get out of jail free balls can save time, money, penalty strokes, and your sanity... but used incorrectly, it could cost you your job.

GIMME – (n) a putt so close to hole that it is conceded, also known as cheating.
Don't you dare stick your putter head in the hole, who cares if the putt is "within the leather".  Just tap it in and stop cheating. 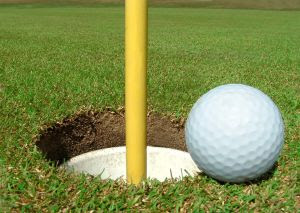 EX: When a man is a consistent choke artist, there is no such thing as a gimme putt.

GOLD BOND - (n) the powder with the power to kill crotch rot and trench foot.
All loopers must steadfastly fend off trench foot and crotch rot.  The hotter the climate or the more you are forced to hoof it, well the more of this 'walking on air medicine' you're gonna need.
Medicated Powder is good.  Extra Strength Medicated Powder is better.  Maximum Strength Athlete's Foot Powder, you are the man!


Nothing is too strong in the quest to cure crotch rot. 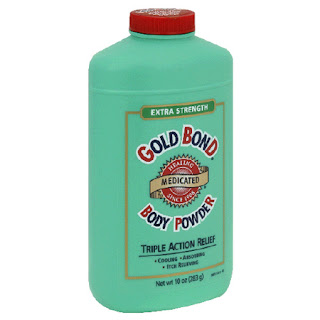 EX: Whew it’s fu*king sweaty - give me my Gold Bonds.

GOLDEN TEE - (n) arcade golf video game, the most successful coin operated video game in the history of mankind.
The inception on the Golden Tee virtual golf video game unit began in 1989.  It is now in over 12 countries with over 100,000 units typically found in bars and pubs.
This invention is an obvious cash cow and a great distraction for golf and video game nerds who tend to have difficulty talking to woman in speakeasies the world over. 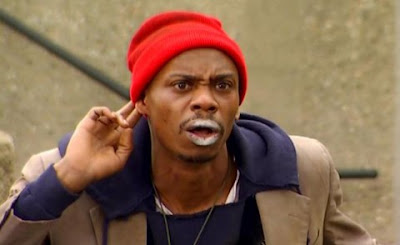 Stems from the rowdy behavior of large packs of black people moroding through white movie theaters, malls, etc.  Racists can also use the n-bomb or refer to said goofs as charcs.


EX: Yeah whitey, me and my crew up in this piece, time to get goofy!

GRASS TYPE – (n) Bermuda, Poana, Bent, and Rye to name a few strains of grass on golf courses.
There is nothing deadlier than a buried ball in Kikuyu (aka steel wool).


There is nothing nicer than bent grass fairways and greens, except maybe sun and 70 degrees in January (south FL/CA).

EX: No grass type is more baffling on the golf greens than Plinko-like poana (Plinko game from The Price Is Right).

GRINDER - (n) someone who works super hard regardless of pain or boredom.
This is not just a word used in golf.  Many times it’s derogatory and aimed at someone who needs to relax. 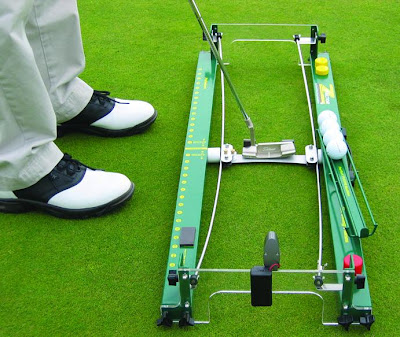 EX:  All right, I heard you the first four times, grinder.

GROUND UNDER REPAIR – (n) areas of the golf course that are marked by white circles of paint giving free relief to players within their boundaries.
Nothing in life is truly free and the Superintendent’s shortcomings are no different.


Although no stroke penalties are incurred, these free drop zones and their unsightly vistas are more ammo for a complaining chop to shoot his mouth off with.  Ignore that moron, give him a club and walk away. 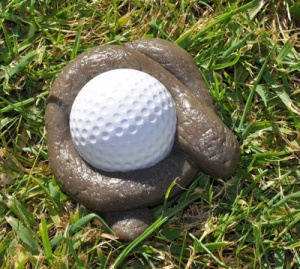 EX: Many municipal "golf" courses should be considered one large ground under repair.

GRIP – (n/v) it can refer to either the handle of a golf club or the actual manner in which a player positions his hands on the club itself.
There are three typical grip methods used: interlock, overlap, and the chop’s favorite - the 10-finger baseball grip.  Note to loopers: if your player has a bad grip forget about ever witnessing them pull off a good shot.
About 50 years ago the handle of a golf club was never to be touched by any servant/caddie.  You think that’s bad, look up Jam Boy. 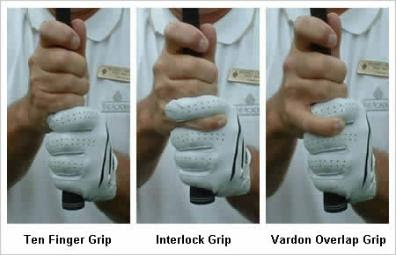 EX: Tiger Woods rocks an interlock grip but the majority of pros use the overlap method.

GROSS – (n) the amount of strokes reportedly taken without the fraudulent handicap index involved.
This does not include cheating mulligans off the first tee, the whiffs the player pawned off as practice swings, the conscious omitting of penalty strokes, and ultimately the crooked concessions of putts to oneself and or other's throughout the golf round.


It is simple. Every stroke counts, low man wins the gross. 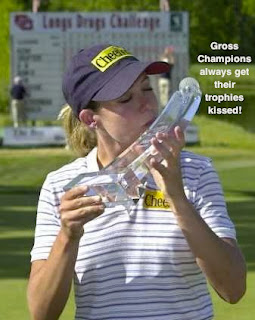 EX: We'll win the gross, leave the net for the chops and sandbaggers!