Born in Buenos Aires, Argentina, Mr. Vicenzo learned the game as a caddie, turning pro at age 15.  El Maestro, The Magician as he is known in his homeland, Mr. De Vicenzo had an incredible golfing career, winning 231 different golf tournaments around the globe.


"In Argentina, to get 5 cents is difficult, especially in golf.  When I work as a caddie, I get for 18 holes 1 peso. That was 30 American cents. One lesson charged 3 pesos. That was nothing. I tried to get more money is when I went out (playing in golf tournaments around the world)."

In 1967, at age 44, Roberto De Vicenzo won his first and only major at The Open Championship or The British Open.  His final round 70 was good enough to stave off goldilox Nicholas who finished second that year. 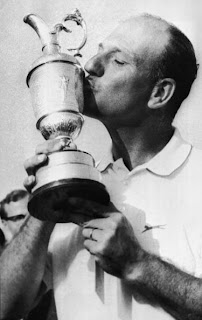 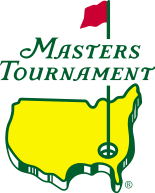 At the 1968 Masters,  Roberto De Vicenzo threatened victory going on a tear in his final round.  On that fateful day, Mr. Vicenzo was also celebrating his 45th birthday.  The Augusta crowd serenaded him on the first tee box with a happy birthday song and he obliged with a nine iron drainox eagle 2 on that same hole.

Roberto proceeded to back his eagle up with two more birdies in a row, en route to a front nine 31!


"I started 2 shots behind Gary Player and after three holes I was 2 shots ahead of Gary Player."

De Vicenzo's only  blemishes on the day happened on and next to the 18th green.  His bogey on the final hole cost him an out right Masters victory.  Finishing tied with Bob Goalby for the 72 hole green jacket challenge, the stage was set for a Masters playoff!

But then there was Roberto's second mistake: 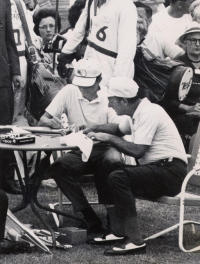 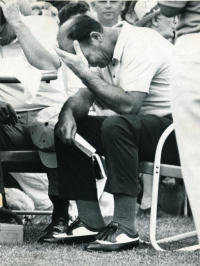 After a final bogey, distractions later, Roberto didn't scrutinize his scorecard or run the math on the numbers and although he birdied the par four 17th, his playing partner Tommy Aaron, incorrectly marked De Vicenzo's scorecard with a 4.   Roberto signed an incorrect scorecard, and ended up having to take a four on the seventeenth hole as opposed to the three he actually made.  Bob Goalby won the 1968 Masters by default, no playoff ensued: 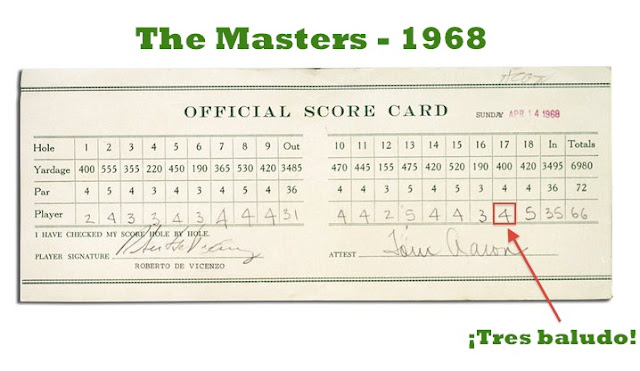 Upon learning of his mistake, De Vicenzo famously uttered "What a stupid I am." which became stuff of sports legend: 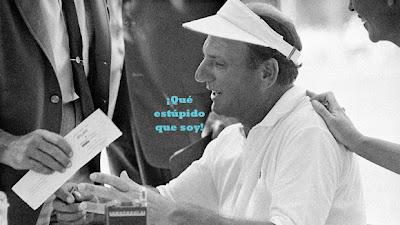 "All that I lose at the Masters is the jacket.  The prestige, no. My name is in the Masters forever. It's 42 years past and we are still talking about the Masters."
"I didn't accept finishing in second place; I accepted the rules.  I have my reputation around the world because of the Masters - because I respect the rules and I respect the organization.
- Roberto De Vicenzo

Email ThisBlogThis!Share to TwitterShare to FacebookShare to Pinterest
Labels: 1968, Augusta, caddie, caddy, Masters, Roberto De Vicenzo, What a Stupid I Am